Tips for Parents: How to Prepare Your Kids for Harvard University

Here I’m going to share some tips for parents about how to prepare your kids for Harvard University. We had a similar blog post about programming for kids and this is the other part.

Harvard University is one of the best universities in the world, taking the number one spot in many categories. There are tons of people who made changes in the world and have graduated from or at least attended classes at Harvard University, like Mark Zuckerberg, Bill Gates, Barack Obama, Neil deGrasse Tyson, and many others.

To get there, you have to be an exceptional student throughout your education life and have extremely good achievements.

To walk this way of success you have to start firmly and build yourself from the beginning. Today, I’m going to talk about how learning a certain skill as a kid can help you get a place at places like Harvard.

This article is made in partnership with Juni Learning. They are an award-winning online computer science and mathematics academy that offers private online courses to students from ages 8–18. Juni Learning is founded by two Stanford graduates that worked at Google and had a wish to allow every kid in the world to became the crème de la crème in the Computer Science world.

I’m going to talk about Scratch and how learning this language at an early age can help the kids develop a higher degree of logical thinking and probably produce high-quality engineers in the future.

Also, this will help to prepare your kids for Harvard University, so they can graduate from great universities like Harvard.

Wikipedia: “Scratch is a block-based visual programming language and website targeted primarily at children. Users of the site can create online projects using a block-like interface. The service is developed by the MIT Media Lab, has been translated into 70+ languages, and is used in most parts of the world. Scratch is taught and used in after-school centers, schools, and colleges, as well as other public knowledge institutions.”

What is Scratch in detail and why Harvard, MIT, and many others support it?

Here I’m going to explain what is Scratch in detail and also what kind of projects can be built with Scratch so you can understand it more and prepare your kids for Harvard University. 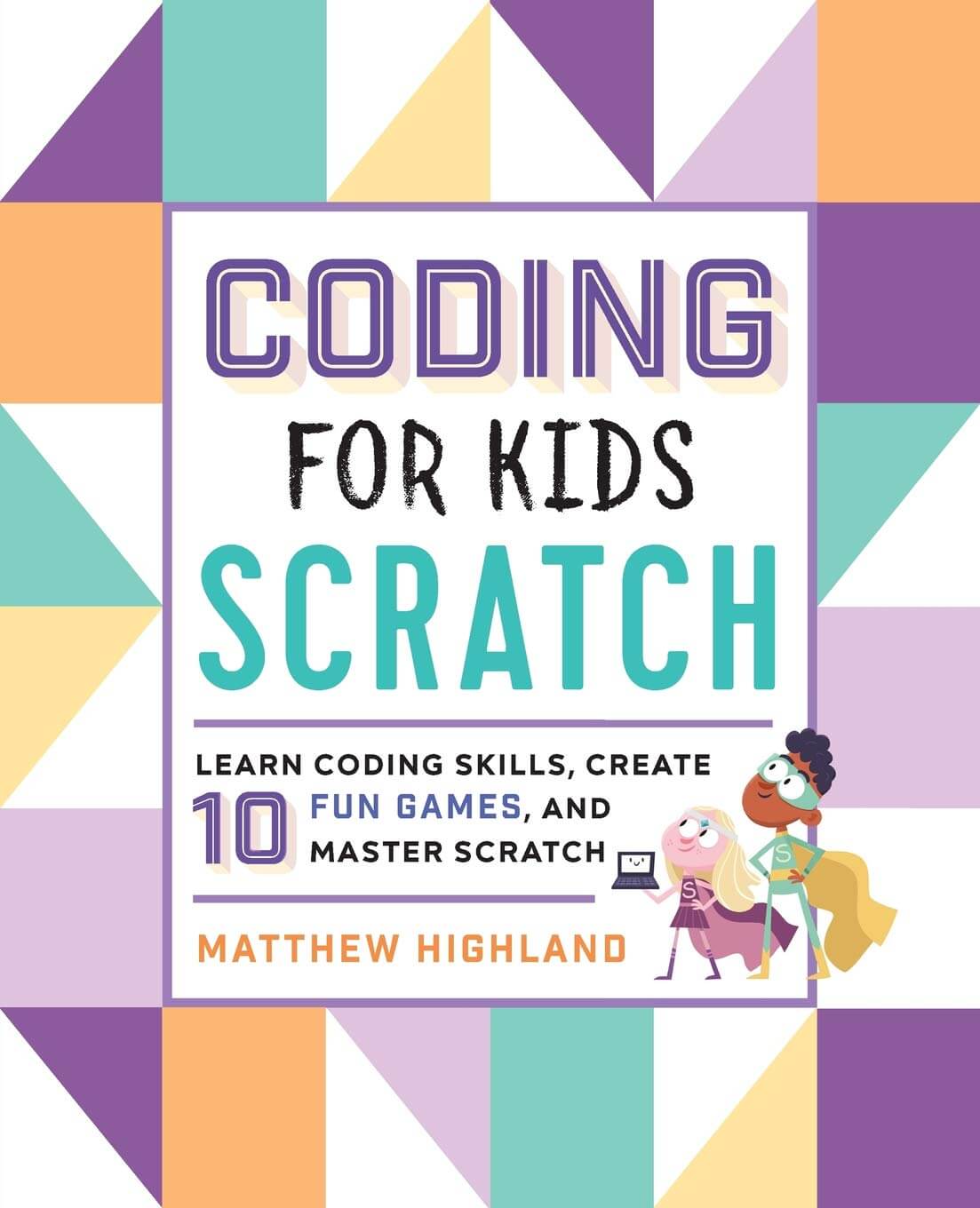 Buy this book from Amazon now

So let’s start with answering the first question:

What is Scratch in detail and who supports it?

Scratch may not be a programming language that you’re familiar with if you’ve grown up hearing about BASIC and Cobol, but today Scratch is used in colleges, universities, and workshops to teach the basics of coding to both children and adults.

Scratch was a project created by the Lifelong Kindergarten Group of the MIT Media Lab. While it was developed for students between the ages of 8 and 16, there is a robust online community of contributors, and today, students of all ages are beginning their computer science journeys with Scratch. In fact, Scratch is included in many universities’ computer science curricula, including the University of Missouri and Harvard. There is also an active Scratch community creating new projects every day.

Scratch programming uses drag-and-drop code blocks to teach students how to code. Users are presented with colorful characters (called sprites), easy-to-understand code blocks, and a stage on which they can see their code come to life on their own computer with the click of a green flag. It’s a great way to introduce students to coding.

Rather than having students memorize commands, Scratch promotes students to think about what it is they want the code to do step-by-step and how the different blocks can help them achieve their goals. Are they trying to move a sprite? They probably need a block in the Motion section. Do they need to repeat a step more than once? They should probably reach for a repeat block.

This kind of learning environment helps those learning to code think more abstractly about what it is they are trying to achieve and not get overwhelmed by details. While Scratch is simple enough to be self-taught, many students simply wouldn’t know where to begin.

What kind of projects can be built with Scratch?

If you take a look at the thousands of projects that have been developed in Scratch, you’ll see a vast variety of impressive work. From short films to recreations of popular games, such as Angry Birds and Minecraft, the possibilities with Scratch are just about endless.

Scratch developers are able to build and solve puzzles and mazes, create interactive games based on math and science, and create video games that they can share with friends.

It’s also a great way for students to start thinking about how they can solve real-world problems. One of Juni’s assigned projects tasks students with solving the famous Fizzbuzz interview coding challenge.

Through this project, students learn about using conditional statements and the modulus operator to solve this problem.

Some might look at Scratch and find it hard to believe that this framework, with its brightly-colored coding blocks and cartoon sprites, can be an effective way to learn to code.

A powerful tool in its own right, Scratch gives students a deep understanding of the foundational coding concepts they’ll need to master other languages.

As I said, everything starts from the beginning. So if you want to prepare your kids for Harvard or get ready for the future, get them to start with this.

This language is easy to understand and to build up your logic and intelligence, and just establish a problem-solving way of thinking.

You can visit Juni Learning here and start learning today.

If you are new to Machine Learning, Deep Learning, Computer Vision, Data Science or just Artificial Intelligence, in general, I’ll suggest you some of our other articles that you might find helpful, like: